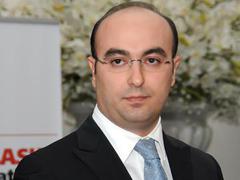 Less than two weeks ahead of Presidential elections in Azerbaijan the Turkish newspaper “Todays’ Zaman” carried an interview with Elnur Aslanov, chief of the Presidential Administration’s Political Analysis and Information Department, in which the senior Azerbaijani official talked about the country’s improving democratic development and rapidly shifting face. Calling his country a nation with an “eastern mentality and western pragmatism,” Aslanov had no doubt that Azerbaijan has made great progress toward democracy, noting that there is still a road ahead.

Aslanov’s remarks came at a time when nearly a dozen presidential candidates, including incumbent President Ilham Aliyev, are campaigning for a presidential seat in a vote slated for next month. Offering a glimpse into Azerbaijan’s domestic politics, economic development and foreign policy, Aslanov presented a country that rose from the ashes in a troubled region still facing spasms of poverty and devastating wars.

Aslanov noted that recent polls showed Aliyev in the lead with a nearly 80 percent approval rating, a sign that the current president will likely emerge victorious in next month’s election for his third straight win. Despite having the wind in its sails, ahead still lies the harder work for the government of matching the expectations of the public, with unresolved conflict with neighboring Armenia over Nagorno-Karabakh lingering as the top agenda item for years.

Aslanov continued that political reforms are being conducted in parallel with economic development in the country, where an oil windfall catapulted an impoverished nation in the early 1990s into one of the region’s powerhouses and has survived severe global financial meltdown over the past five years. The Azerbaijani official said that authorities have taken very important steps in establishing democratic institutions, political parties and pluralism, and that the establishment and strengthening of democratic processes and institutions is the responsibility of the Azerbaijani government. He spoke about an independent media and said unhindered Internet access provides a “very wide” platform for any political force in the country to present its programs to the electorate. He pointed to a number of bloggers, political parties, media outlets, Internet TV channels and radio stations as evidence of the step-by-step progress of democracy in Azerbaijan.

“Democracy is not a concept like an apple that you buy and make it happen,” Aslanov said, referring to a famous quotation from late President Heydar Aliyev, who argued for a long process of managed democracy. Aslanov championed a better democracy when a new intellectual generation emerges with a new vision for the future, pointing to a government plan to send at least 5,000 students abroad to study with full financial support. He also stressed that more than 15,000 Azerbaijan students are studying abroad, which means what he called the creation of a new “intellectual class” that will provide fertile ground for Azerbaijan’s economic and political development in the future.

When asked about the government’s policies since the last presidential elections, Aslanov preferred to look at the issue as a whole and said the country’s progress started in 1993 with Heydar Aliyev and his virtuosic oil and social-economic strategy, which he said has been yielding tangible fruit since 2003. The official observed that the number of people below the poverty line has fallen significantly, from 50 to 6 percent, in the past 10 years, while the state budget expanded tenfold, reaching nearly $30 billion. Aslanov said that Azerbaijan’s military budget at the moment is bigger than the entire budget of Armenia, a neighboring country that occupied 20 percent of Azerbaijani territory in a full-fledged war in the early 1990s.

Aslanov said that Azerbaijan’s current economy accounts for nearly 80 percent of the economy of the entire South Caucasus — clear evidence of Azerbaijan’s development. He also observed that the look of the capital Baku, as well as those of other provinces, is swiftly changing, while the government has created more than a million jobs, a significant number for a country of nine million. He added that the financial support the government allocates for the youth increased by a striking 100 times in the past 10 years, highlighting the government’s serious attempts to improve the conditions in which youths live and work.

Regarding the country’s political opposition, Aslanov complained about the lack of concrete initiatives for the improvement of society among today’s opposition leaders, some of whom briefly ruled the country after the chaotic collapse of the Soviet Union but had to abandon power due to severe economic hardship and the ongoing war with Armenia.

Although the official said that it wouldn’t be right for a bureaucrat like him to criticize the programs of opposition leaders, he commented on some ideas put forward by the opposition — including the suggestion that foreign investments made with state oil money should be brought back to Azerbaijan and distributed to the public. Aslanov said that and similar ideas are proof that the opposition leaders “have no idea about inflation or the appropriate management of finance.”

Aslanov assured that measures to ensure “full democratic conditions” for the elections are underway. He declined to say these conditions are fully established now because the process is “ongoing and progressing.” He added that although the idea of “perfect” elections is a bit utopian, even in leading advanced democracies, Azerbaijan will take necessary steps and measures to ensure that the will of the people is expressed in genuine, free and fair elections.

The opposition in Azerbaijan has long complained that the government rigged elections and that there is no democratic environment for the opposition to express their grievances. Long- and short-term election observation missions pointed to some defects and shortcomings in their reports on previous elections, but also noted that the polls constitute a step forward toward healthy democracy.

Aslanov said that 1,000 polling stations out of a total of 5,000 are equipped with cameras that will make it easier for “anyone in the world to observe how the voting and counting is conducted” in next month’s presidential elections. He noted that hundreds of foreign election observers have been invited to Azerbaijan and that institutions like the Office for Democratic Institutions and Human Rights of the Organization for Security and Co-operation in Europe (OSCE/ODIHR), the Parliamentary Assembly of the Council of Europe (PACE), the European Parliament and the Parliamentary Assembly of the Commonwealth of Independent States (CIS) have already established observation missions.

“We are creating full conditions for open and transparent elections, we are decisive,” Aslanov said, adding that the elections will determine the future of the Azerbaijani people and that the government is interested in holding these elections democratically. He said no government would take action that would only invite criticism.

Regarding Internet freedoms, Aslanov underlined that the government has always been against imposing restrictions. “And it always will be,” he said, adding that authorities significantly cut the price of Internet access and that the post-Soviet country has turned from an Internet transit country into a nation that is directly connected to the global network of the World Wide Web. His country, he continued, is the only CIS member that has introduced 4G and has the fastest growing mobile network.

Aslanov argued that the government is supporting the idea of transparent, open and rapid improvement of the Internet and rejected the claims that the Web is being controlled. He added that dozens of Web TV and radio stations as well as hundreds of pro-government and outspoken bloggers are contributing to the open nature of the Web. He pointed to Facebook as an example of a major platform for political activism in Azerbaijan. It would be impossible for any government to control the social media platform, he said. “We don’t have any desire or intention to do that anyway.”

He said it is absolutely normal that opposition activists are posting status messages on Twitter and that this reflects competition. But he warned against making personal insults and said that “hiding behind the walls of the virtual world” and insulting someone is a criminal act.

The Azerbaijani official complained about the stereotypes with which the country is viewed from the West. This, he claimed, has resulted in double standards in Western policies in the region. He said the most evident example of such double standards was the dubious Western position on the Armenian elections earlier this year. “One candidate was shot, another ate ballots and the other symbolically declared himself president,” Aslanov said. “Three out of four presidential candidates, who had a significant number of followers, declared the elections illegitimate, while the leading Western institutions described the vote as democratic.” 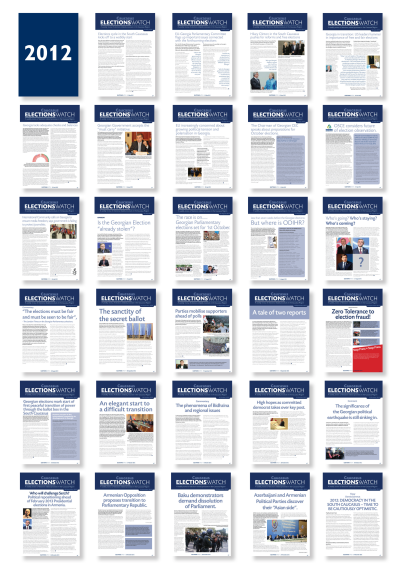